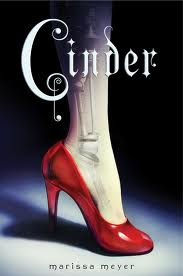 On Wednesday, February 8th at 2:30 p.m. Marissa Meyer will be at the Kitsap Regional Library Poulsbo Branch to read & sign copies of Cinder. If you are interested in this event, please be sure to check out the Facebook event information listed here!